KNUST Renews Partnership Accord with Madonna University in Nigeria 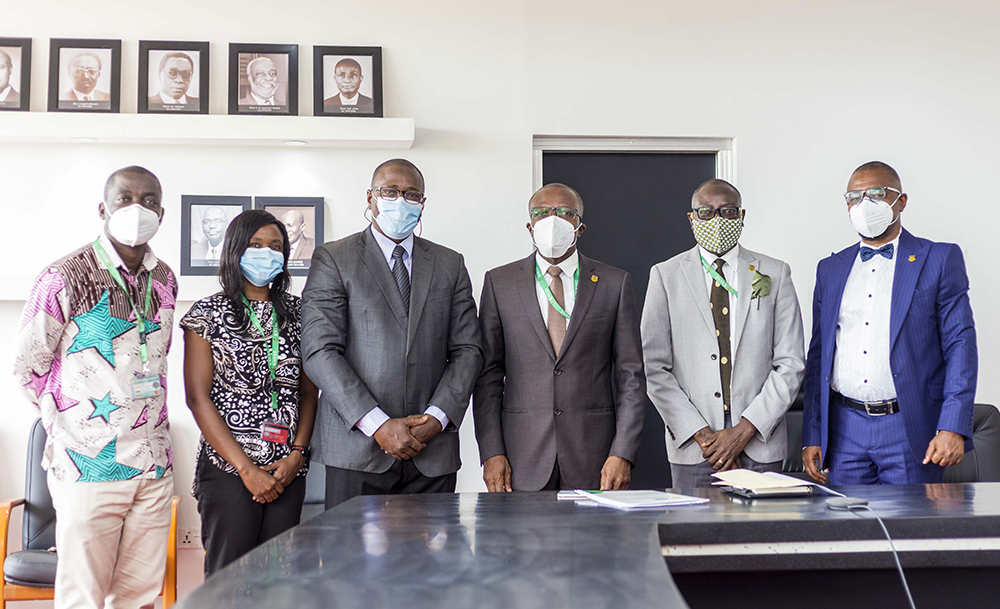 Management of the Kwame Nkrumah University of Science and Technology (KNUST) and the Madonna University in Nigeria have signed a Memorandum of Understanding (MoU) to renew existing collaboration between the two Universities. The MoU which was signed on the 16th of March 2021 aims at renewing the existing broad-based collaboration in the areas of academic, administrative, and technical cooperation between the two Universities. Both Universities agreed on reciprocity and equality in teaching and research in Pharmacy, Optometry, Engineering, Health Sciences and Medicine.

Giving the background of the partnership, the Dean of the International Programmes Office, Professor Rexford Assasie Oppong, indicated that the partnership is between the two Universities, however, the implementing unit is the Faculty of Pharmacy and Pharmaceutical Sciences. He stated that the initial agreement was for a period of five years, which has elapsed, therefore, the need to renew the agreement for five more years. He said faculty from the implementing unit would visit the Madonna University in Nigeria annually to engage in teaching, research and other practices.

He added that the collaboration has been one of the best KNUST had entered and hoped the renewal would further enhance the existing mutually beneficial relationship.

A representative of Madonna University and Head of International Relations, Professor Mounmbegna, said the first MoU was signed in 2009, but was resigned in 2011 after a call for review was made by the then Vice-Chancellor of KNUST. He noted that Madonna University has since kept to the agreement.

Professor Mounmbegna expressed his appreciation for the effective teaching of their students by KNUST faculty as well as mentorship of their young faculty. He was grateful to management and especially the visiting faculty who have made the collaboration more successful.

The Pro Vice-Chancellor, Professor Ellis Owusu-Dabo, thanked Madonna University for strictly adhering to the terms of the agreement. He stated that the collaboration is being renewed to afford KNUST another opportunity to mentor Madonna University. Professor Owusu-Dabo said international relationships afford global universities such as KNUST to enhance its visibility and share knowledge.

He was confident that the additional programmes that are Engineering, Health Sciences and Medicine, would also mutually benefit the two Universities.