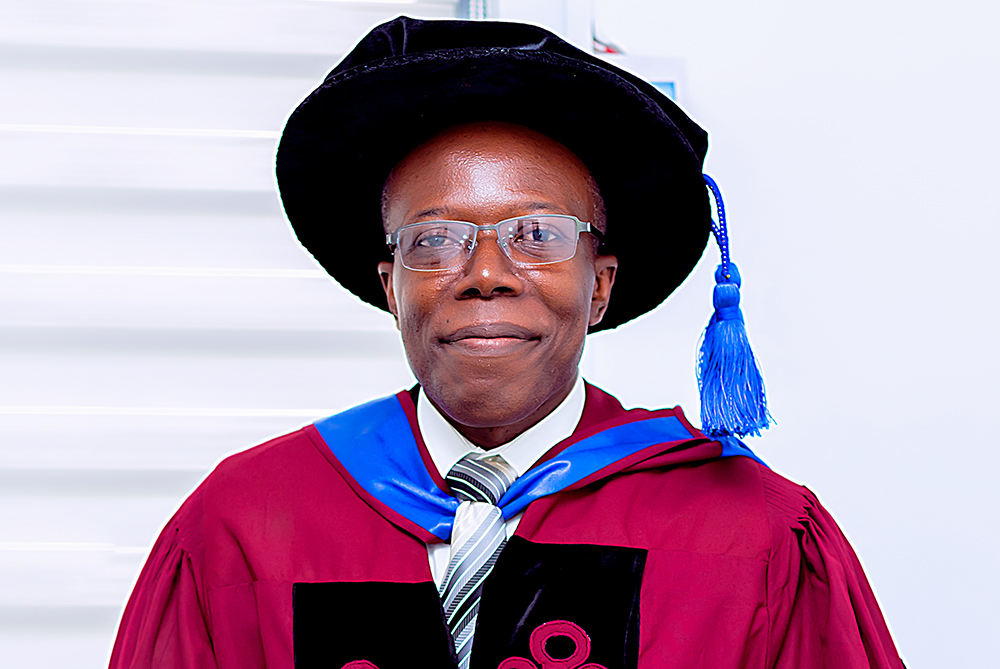 Professor Ellis Owusu-Dabo, an alumnus of KNUST, graduated with a Bachelor of Science in Human Biology in 1992, MBChB (Medicine and Surgery) in 1995 and Master of Science in Health Services Planning and Management in 2001. He obtained Certificates in Clinical Drug Research and later, Health Policy and Reproductive Health from the Vienna School of Clinical Drug Research and University of Hawaii, East-West Centre, USA respectively. He obtained PhD in Epidemiology and Public Health from the University of Nottingham, UK in 2010.

He started his medical career as a Medical Officer at the Komfo Anokye Teaching Hospital, continued at Sunyani Regional Hospital and subsequently at the Wenchi Methodist Hospital.

He was appointed Lecturer at the Department of Community Health in 2002, Examinations Officer of the School of Medical Sciences in 2003, Acting Head, Department Community Health between 2004-2006. In 2007, he was promoted to a Senior Lecturer. He was appointed the Deputy Director and later Director of the Kumasi Centre for Collaborative Research (KCCR) in 2010 and 2012 respectively. He became an Associate Professor in 2013 and Professor in 2019. Prof. Ellis Owusu-Dabo, appointed Dean of the School of Public Health in 2019, has secured and managed multimillion United States dollar research grants from principal granting institutions such as the European Union, National Institutes of Health (NIH), The World Bank and the Bill and Melinda Gates Foundation (BMGF) as well as many bilateral organisations. He has travelled extensively and served on several boards at both local and international levels, while having a massive network of individuals and organisations he works with.

He is a Member of local and international associations and organizations such as the Ghana Medical Association, Ghana Medical and Dental Council, University Teachers Association of Ghana, Convention of Biomedical Research, Ghana, Ghana College of Physicians and Surgeons, Society for AIDS in Africa, American Society for Tropical Medicine and Hygiene and the West Africa College of Physicians and Surgeons. He is a demonstrable, experienced and astute university administrator, ethically-sound industry leader and a research project management consultant. He is highly driven in his research interest area, mainly non-communicable diseases in low-income country settings. He also has considerable interest in population genomics of pulmonary tuberculosis. As a university teacher, he has trained undergraduate and postgraduate students, as well as mentored young faculty at both local and international levels.

He has published over 230 research articles in peer-reviewed journals. As Perelman International Scholar of the University of Pennsylvania School of Medicine, his passion is in building capacities of next generation scientists and health systems to help solve Africa’s health problems through scientific research collaborations.

Professor Ellis Owusu-Dabo is a Christian and fellowships with the Living Waters Chapel, Assemblies of God’s Church. He is married to Joyce and has 3 children.