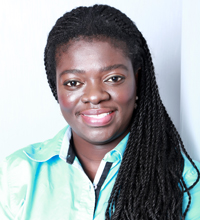 Current evidence of increasing failure to antimicrobial therapy due to drug resistance may be leading us potentially into a post-antibiotic era, and thus threaten the advances made in medicine (Carlet et al., 2012). The worldwide surge in resistant bacteria and the paradoxical downward trend in the development of new antibiotics simultaneously have serious implications. The reason being that resistant bacteria dramatically reduce the possibilities of treating infectious diseases effectively and multiply the risks of complications with fatal consequences for patients with infections (Maitra et al., 2015, Jasovsky et al., 2016, Maitra et al., 2017).

The pipeline for new antibiotics is running dry (Laxminarayan et al., 2013, Chetty et al., 2017). There is therefore an urgent need for the discovery and development of new antibacterials with novel mechanisms of action or pleiotropic modes of action to tackle this growing and evolving menace. Natural products are a rich source of bioactive compounds historically, and plants in particular are an outstanding source of chemical scaffolds with true chemical diversity (extensive functional group chemistry and chirality) (Gibbons, 2004, Shiu et al., 2012, O'Donnell et al., 2009, Guzman et al., 2010). The choice of plants is logical given the ecological rationale that plants produce natural products or metabolites/molecules as chemical defence against microbes in their environment (Guzman et al., 2012, O'Donnell et al., 2009).

Originally developed in Dr. Bhakta’s laboratory (use web-link: http://www.bbk.ac.uk/biology/our-staff/academic/sanjib-bhakta) the High-throughput Spot-culture Growth Inhibition Assay (HT-SPOTi) is a quantitative assay principally based on the growth of an organism on semi-solid agar media containing a range of different concentrations of drugs or inhibitors. A good indicator to judge the endpoint of the experiment is when spots of microbial growth are clearly visible in the control wells containing no drugs /inhibitors after incubation; the Minimum Inhibitory Concentrations (MIC) of the novel drugs/inhibitors can then be reported (Danquah et al., 2016, Evangelopoulos and Bhakta, 2010, Gupta and Bhakta, 2012). It tackles many challenges of phenotypic evaluation of chemical entities with a number of advantages. Many of the assays currently in use are limited by the amount of compounds/inhibitors available for novel antimicrobial screening or clinical samples in the case of antimicrobial susceptibility testing. Therefore, it is advantageous to have a straight-forward and relatively inexpensive method that consumes minute quantities of drugs/inhibitors as well as diagnostic samples while providing direct and reliable information within a short period.

The simplicity of the (HT-SPOTi) method (Evangelopoulos and Bhakta, 2010, Danquah et al., 2016) makes it useful in a research laboratory as well as a clinical laboratory in resource deprived settings. As novel antimicrobial screening and drug susceptibility profiling require information on the presence or absence of microbial growth under exposure of given chemical entities, this assay can be adapted to suit both purposes. The application of this assay in AST would immensely contribute to the detection of an antibiotic resistance profile, especially in rural areas where access to sophisticated and expensive medical equipment is often limited.

Compounds from various sources such as natural products, their synthetic and semi-synthetic analogues, as well as target-based novel chemicals can all be tested using the assay (Wube et al., 2012, O'Donnell et al., 2009, Guzman et al., 2010, Osman et al., 2012). A combination of inhibitor molecules can also be tested simultaneously to determine whether there is any interaction in the form of synergism, antagonism or indifference of more than one inhibitor (Guzman et al., 2013).

The HT-SPOTi, has numerous advantages over other classical and modern whole-cell phenotypic assays, in that contamination can be easily monitored resulting in more rigorous quality control. Compounds which are hydrophobic are evenly distributed in the molten agar before it solidifies, therefore reducing the chances of aggregation or clustering which would otherwise affect the results obtained. Again, some natural products are often coloured and thus can interfere with the colorimetric read-out when using viability indicator dyes such as methyl thiazolyl tetrazolium (MTT) or resazurin/alamar blue. Additionally, some compounds such as flavonoids possess antioxidant properties, which are conjugated and can reduce the oxidized dyes used in the colorimetric assays resulting in false positives (O'Brien et al., 2000, Peng et al., 2005).

In the case of fungi, a rapid, simple and accurate susceptibility testing of dermatophytes to antifungals or other inhibitors is currently lacking (Rizi et al., 2015). The successful implementation of the SPOTi assay for the evaluation of existing drugs and/or novel inhibitors as an alternative to the disc diffusion has been demonstrated (Rizi et al., 2015) where we have adapted the method for dermatophytes (e.g. Trichophyton spp.). It offers quantitative results with unambiguous MIC values. In other words, potency comparison of various compounds is simplified, whereas with the disc diffusion method, comparisons are often hindered by the fact that the amounts used on the discs and zones of inhibition could differ depending on the physical properties of the antifungals tested and their relative diffusivity in the agar media. Furthermore, this method reduces the incubation time compared to the disc diffusion method.

It is anticipated that large quantities of natural products (medicinal plants, microbes, marine extracts and contaminated water samples, chemicals produced by insects, clinical samples) and fractions of compounds from isolation, semi-synthethic and synthethic analogues can be screened within the shortest possible time using the HT-SPOTi method.

For more details on the method read: