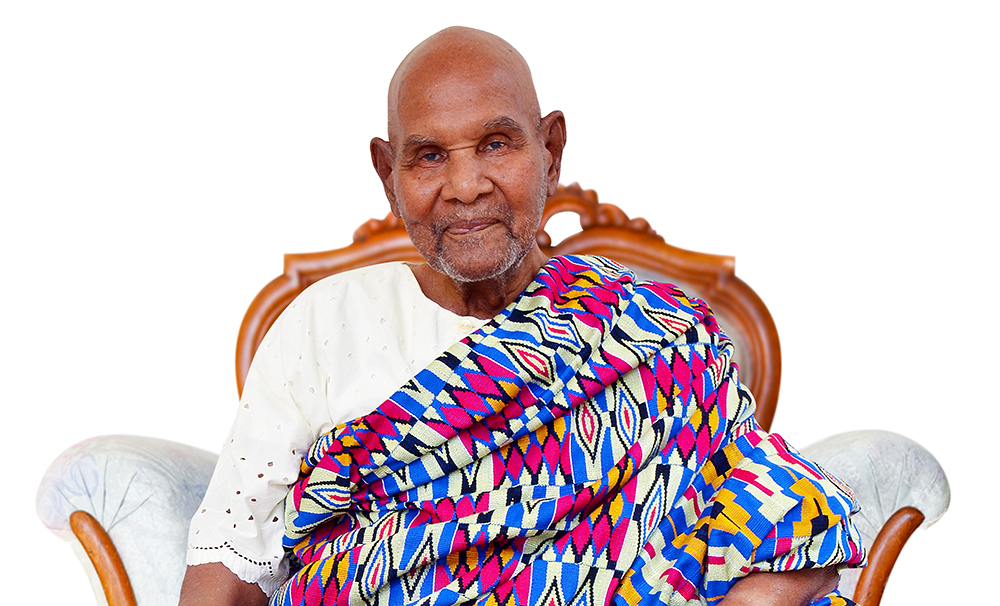 The second Vice Chancellor in the history of Kwame Nkrumah University of Science and Technology (KNUST), Kumasi, Dr. Emmanuel Evans-Anfom has passed on. Dr. Evans-Anfom served as Vice-Chancellor of the University from 1967 to 1973 and chaired many national committees and boards. He was born on October 7, 1919 to Mr. William Quarshie Anfom and Madam Mary Evans at the Evans’ family house, High Street, Accra.

In 1925, he started school at the Government Boys School in James Town, Accra. In his third year at school, his family relocated to Akuse in the Eastern Region without him after his father got a job as a cashier with the Basel Mission. He was entrusted in the care of Rev. and Mrs. Ludwig Lawrence Richter, the District Presbyterian Priest at the time. The foundation of discipline and character building had been laid with that single action by his parents.

He took the Standard Seven School Leaving Certificate Examinations, which would later be known as the Middle School Leaving Certificate examinations. He was awarded a scholarship at Achimota College, then known as the Prince of Wales College, after he had passed the Standard Seven School Leaving Certificate Examinations with distinction. He was admitted at Achimota College to Form Three of the secondary department in January 1935. In January 1939, he enrolled in the inter-preliminary course of Science. He covered a lot of grounds in Physics, Chemistry, Botany and Zoology. In 1941, he was awarded a medical scholarship to study in Edinburgh in 1942. He returned to the Gold Coast after completing his houseman ship in 1947. Dr. Evans-Anfom worked at the Korle-Bu teaching Hospital, Dunkwa-On-Offin Government Hospital, Tarkwa Government Hospital, Tamale Government Hospital, Effia Nkwanta, and the Kumasi Central Hospital which was then the largest in West Africa.

Dr. Evans-Anfom was appointed as the Vice Chancellor of KNUST in 1967. He succeeded the R.P. Baffour and worked tirelessly to unite a hitherto polarised community and made the institution more relevant to the community. He was instrumental in setting up the Technology Consultancy Centre. Dr. Evans-Anfom together with the late Prof. Allotey introduced Computer Science as a course in the University and introduced ceremonies like matriculation. During his tenure, he introduced Faculty and Departmental links with other universities which still exist.

Dr. Evans-Anfom was appointed Chairman for the National Council on Higher Education after leaving KNUST. The Council was the chief advisor to the Government on all matters relating to Tertiary Education. He had frequent audience with the then Head of State (Gen. Acheampong) and was able to influence policy positively.  He also used that access to fight for and secured the land that currently houses the national hockey pitch. He again served as chief advisor to the PNDC government on all matters relating to tertiary education and education in general. He introduced guidelines for implementation of the Junior and Secondary Schools reforms. He likewise served as chairman of the West Africa Examinations Council for a three- year term. He had an impact in establishing WAEC’s own printing press in Nigeria called MEGAVONS.

In terms of sports, he was known as the “Father of Hockey” in Ghana. He popularised the game wherever he went in the country, especially in the secondary schools. He was captain of Edinburgh University XI and the Scottish Universities XI. He founded the Gold Coast Hockey Association and was its first chairman, he played competitive hockey from 1935 to 1962 and captained the national team for 4 years. He also led the national hockey team to win the Africa Hockey Championship in Cairo (1974) as Chairman of the Ghana Hockey Association. He was honoured by the Sportswriters Association of Ghana as a Past Hero and received a special citation by the President of Ghana on his 96th Birthday

Dr. Evans-Anfom was a staunch Presbyterian who served as senior Presbyter for several years. He was president of the Ghana Boys Brigade. Dr. Evans-Anfom was married twice. His first wife Leonora Evans, an American of West Indian origin, died in 1980. He left behind four children with her: 3 boys and one lady. He lived with his second wife Elise Henkel, whom he married in 1984 until his demise.

Management is deeply saddened by the news of Dr. Evans-Anfom’s passing. Our thoughts and prayers are with the bereaved family. He will forever remain in our hearts.