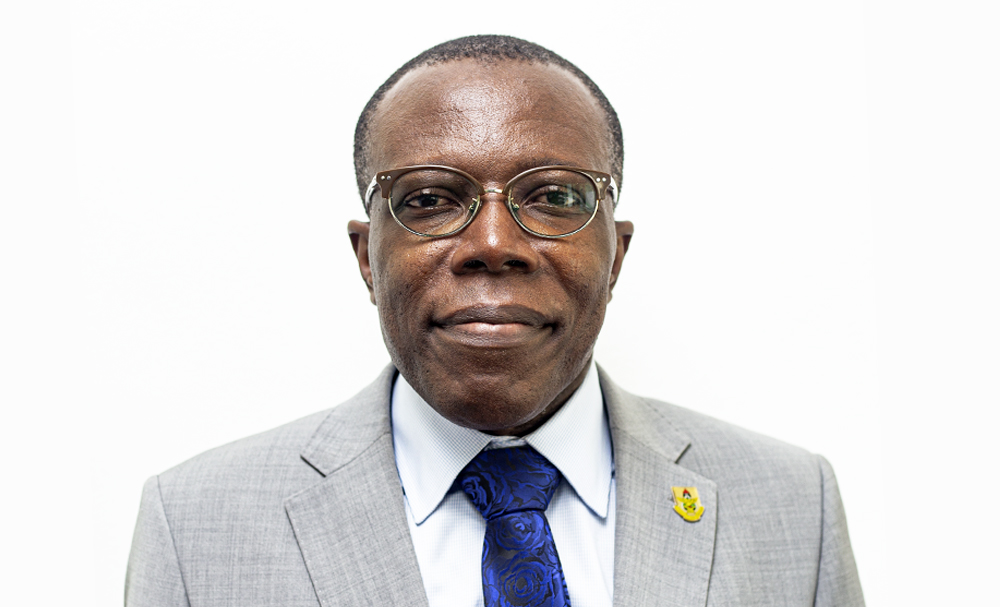 The Council of the University at its 272nd (Regular) meeting held on Thursday, 22nd September 2022 has re-appointed Professor Ellis Owusu-Dabo as Pro Vice-Chancellor of the Kwame Nkrumah University of Science and Technology for a Two-Year Term with effect from 1st October 2022 to  30th September 2024.

This comes after elections were held for members of Convocation on Tuesday, 20th September 2022 at the Great Hall and the Clinical Students Hostel at the Komfo Anokye Teaching Hospital (KATH) to vote and present two candidates with the highest number of votes to the Council of the University. Professors Ellis Owusu-Dabo secured seven hundred and seventeen (717) votes out of the eight hundred and forty-eight (848) valid votes cast while his closest contender, Professor Atinuke Olusola Adebanji got eighty-four (84) votes. The two were deemed duly elected and presented for consideration by the University Council.

Professor Ellis Owusu-Dabo was approved by the University Council and will serve his second term under the Vice-Chancellor, Professor (Mrs.) Rita Akosua Dickson.

Ellis is a demonstrable, experienced, and astute university administrator, an ethically-sound industry leader, and a research project management consultant. He is highly driven in his research interest area, mainly non-communicable diseases in low-income country settings. He also has considerable interest in population genomics of pulmonary tuberculosis. He has published over three hundred (300) research articles in peer-reviewed journals. Additionally, he has secured and managed multimillion-dollar research grants from principal granting institutions such as the European Union, National Institutes of Health (NIH), The World Bank, the Bill, and Melinda Gates Foundation (BMGF), Mastercard Foundation as well as many bilateral organisations. His passion is building the capacities of next-generation scientists and health systems to help solve Africa’s health problems through scientific research collaborations.

In his capacity as the 22nd Pro Vice-Chancellor of the University, Professor Ellis Owusu-Dabo has pledged his unwavering support for the Vice-Chancellor’s vision. He thanked all members of Convocation for their massive endorsement and the other two nominees for the healthy competition.