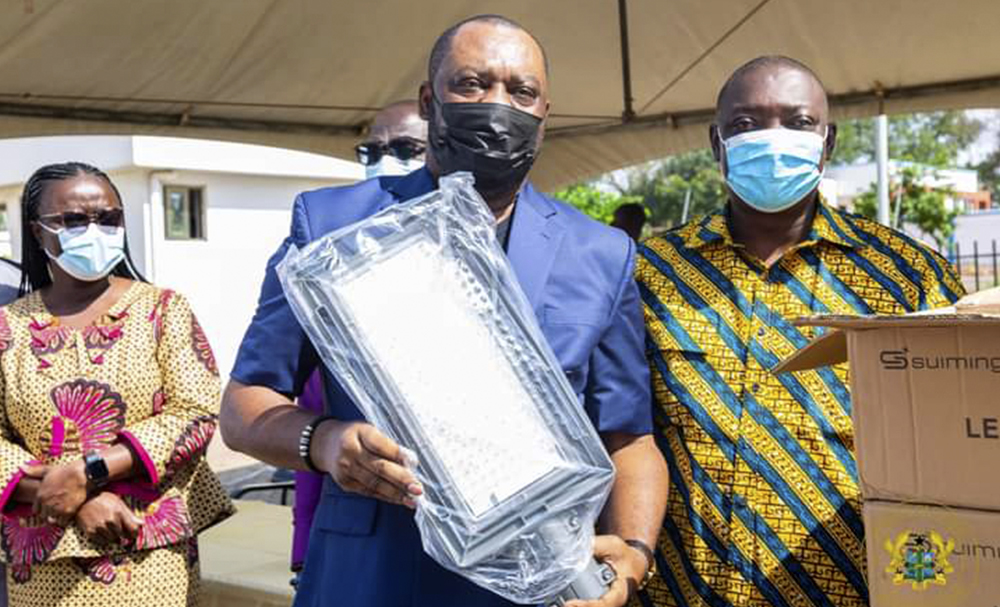 The Minister of Energy, Honourable Dr. Matthew Opoku Prempeh, has given the Kwame Nkrumah University of Science and Technology (KNUST), Kumasi 5,880 150W LED streetlights, 4,400 13W LED streetlights, 3,150 9W LED bulbs, and 2,850 6W LED bulbs. The move is part of the measures by government to improve learning and security on university campuses.

Dr. Opoku Prempeh also revealed that the presentation is in accordance with government’s policy decision to encourage the efficient use of energy in view of the increasing electricity costs.  According to him, the government decided to launch a state-wide Energy Conservation and Demand-Side Management (EDSM) program aimed at houses and strategic institutions, as their energy usage accounts for more than half of the country's electricity demand. The government has decided to support a move-away from incandescent and other inefficient lighting as part of its initiative.  “As part of this intervention, the government has decided to promote a shift from the use of incandescent and other less efficient lighting systems to LED,” he emphasised. The Minister expressed the hope that these lights will improve security on campuses at night, enhance academic activities and other night ventures.

Professor (Mrs.) Rita Akosua Dickson, who accepted the packages on behalf of the University, thanked the minister and the government for their support. Security challenges, she noted, are among the most difficult problems that KNUST faces. She noted that the growing number of students with majority of whom living off-campus, poses a constant threat. The contribution of these streetlights and bulbs, according to the Vice Chancellor, would help to strengthen the security and lighting systems on campus, as well as roads connecting to off-campus hostels, the KNUST new campus at Obuasi and the Institute of Distance Learning centres in Moree, Cape Coast, Tamale, Takoradi, and Accra.