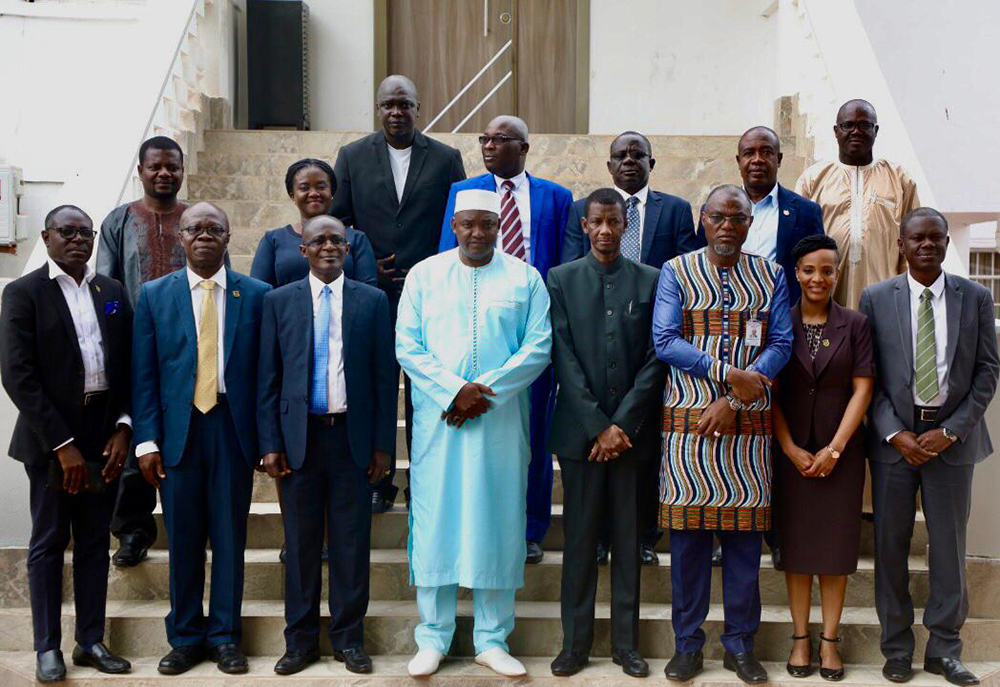 The Gambian Government and the Kwame Nkrumah University of Science and Technology (KNUST) have signed an agreement for the latter to establish a Science, Technology and Engineering University in The Gambia. This became known when the President of The Gambia, His Excellency, Adama Barrow received a delegation from KNUST at the State House in Banjul, The Gambia.

Addressing the State House Press Corps, President Barrow said education is a priority in his government’s development plan, hence, establishing this university would accelerate the growth of the country.

The objective for the establishment of the university is to train Gambians in the areas of science, technology and engineering to diversify the country’s economy. Per the agreement, KNUST will set up the administrative and teaching faculties of the new university, mentor it and award graduands with KNUST degrees after successful completion of their respective programmes.

Professor Kwasi Obiri-Danso, Vice-Chancellor of KNUST, in his address, said the advancement of any country was highly dependent on science and technology. According to him, since most Gambian engineers were trained at KNUST, bringing the University to the doorstep of the Gambian people will help advance solutions to the developmental challenges in the country. ''I hope that we can start this new university in January 2020,'' he concluded.

Gambia’s Minister for Higher Education, Research, Science and Technology, Mr. Badara Joof, said the World Bank, Government of The Gambia and the OISCA Foundation would jointly provide funding for the university.

He said the university would complement already existing technician training programmes run by The Gambia Technical Training Institution and award degrees to those who would pursue further studies in the university.