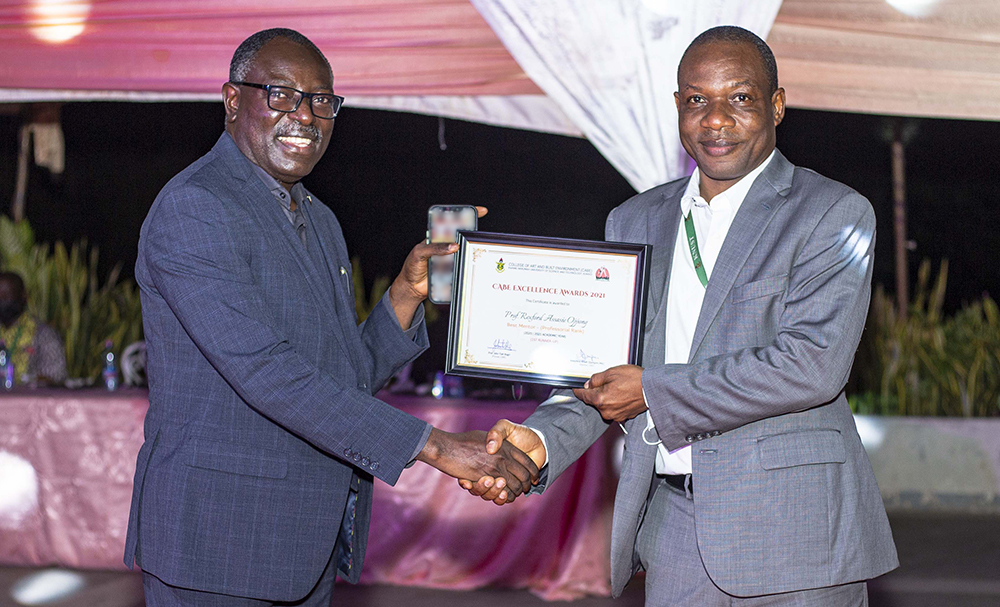 The College of Art and Built Environment (CABE) of Kwame Nkrumah University of Science and Technology (KNUST) has held the second edition of its College Awards at the Senior Staff Club House to honour its hard-working staff and students.

The purpose of this year's edition, named the 2nd CABE Excellence Awards, according to the Provost, Professor John Tia Bugri, was to recognize outstanding staff for their contributions to the College's progress. As part of the College's commitment to recognize the contributions of its past and present members, a new category called "Legacy Award" was introduced during the award ceremony.

Miss. Ivana Tracey Adwoa Odamea Frimpong, Mrs. Linda Ataa Osabutey, and Miss Timolyn, Afua Kusi were named the Best Graduating Students in the Postgraduate Students' category. Under the category of Best undergraduate students, Miss. Boateng Joycelyn Somuah, Miss. Ntreh Abigail, and Miss. Ladyann Makafui Dutenya were also recognized. The honours for the Most Promising Senior Members went to Dr. Kenneth A. Donkor-Hyiaman, Dr. Dickson Adom, and Dr. Benjamin Tawiah. This award was granted to them for demonstrating remarkable performance throughout their brief time at the College.