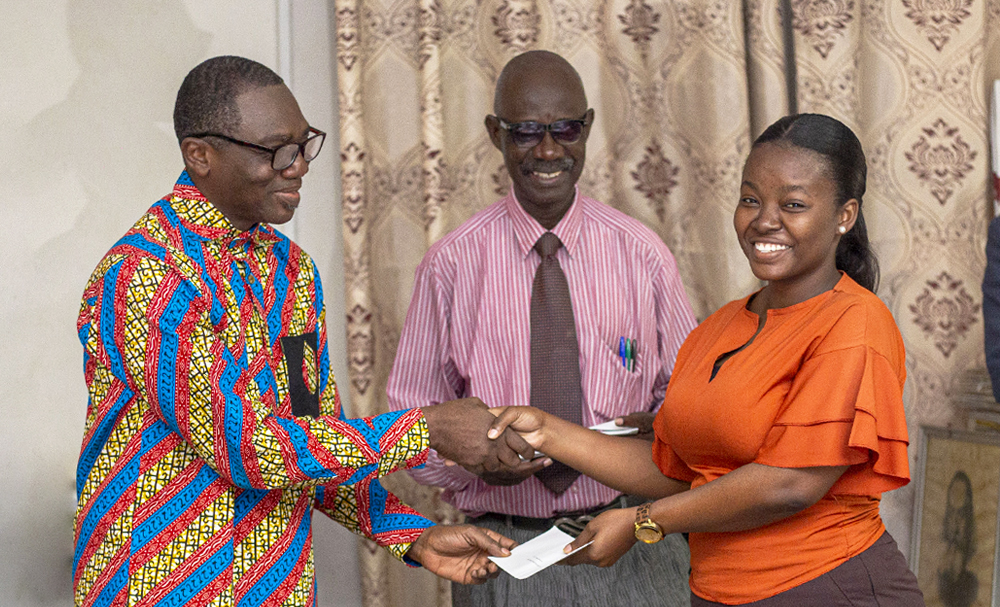 The Dr. K.C. Whittaker Endowment Fund for the 2021/2022 Academic Year has assisted eighteen female students in the Department of Physics at the College of Science of Kwame Nkrumah University of Science and Technology (KNUST), Kumasi.

The eighteen (18) awardees consisting of sixteen (16) undergraduates and two (2) postgraduates received two thousand, five Hundred Ghana Cedis (GHȻ 2,500) each as awards for their outstanding academic success in the fields of Meteorology and Physics.

The Trustees of the Dr. K. C. Whittaker Endowment Fund since its launch on 12th October 1998, have financially assisted female students to encourage them in their studies.

The Head of the Department of Physics, Professor Reuben Y. Tamakloe thanked the donors for their assistance to the beneficiaries and the Department over the years. He also paid tribute to the late Dr. K.C. Whittaker who became the first Dean of the Faculty of Physical Sciences, KNUST, and his wife Mrs. Rose Whittaker.

The Provost of the College of Science, Professor Leonard Amekudzi appreciated the Foundation for supporting the brilliant female students, which he intimated has motivated and created a healthy competition among the students to perform better.