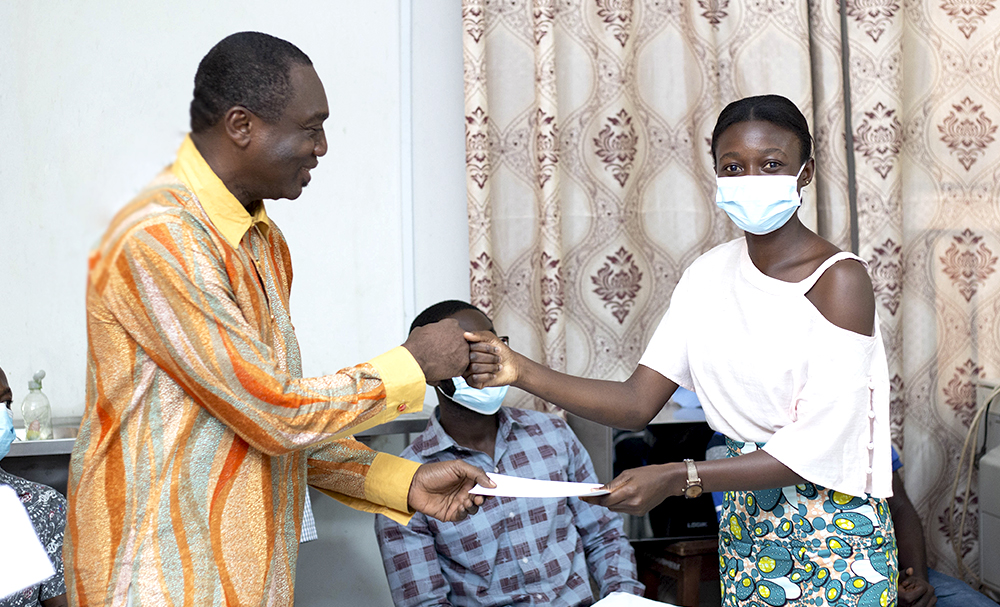 Twenty-one female students at the College of Science, Kwame Nkrumah University of Science and Technology (KNUST) have benefited from the Dr. Rose Whittaker Endowment Fund.

The beneficiaries were awarded for their exceptional academic performance in Physics and Meteorology, and Climate Science. The 16 undergraduates and five postgraduate female students received Gh¢ 2,000 each.

The Whittaker Endowment Fund was started by the late Dr. K. C. Whittaker in 1998 to award excellent female students in Physics.

The award scheme was established to attract female students to pursue a career in Physics and Meteorology, and Climate Science programme.

Presenting the cheques to the awardees, a member of the Board of Trustees of the Endowment Fund, Mr. Eric Inkumsah explained that Dr. K. C. Whittaker initiated the endowment fund on 12th October 1998. According to him, the fund is meant to provide financial support to females with exceptional academic performance in Physics and Meteorology.

The Head of the Department of Physics, Professor Reuben Y. Tamakloe paid tribute to the first Dean of the Faculty of Physical Sciences, Dr. K.C Whittaker and wife, Dr. Rose Whittaker. He thanked the trustees for their continuous support offered to the students and the Department at large.

The College Registrar, Mr. Kwame Yeboah congratulated the awardees for their academic excellence. He hoped that the awardees will utilise the money for its intended purpose and motivate the younger generation to strive for the best.

More Than 50% of Tobacco on the Ghanaian Market is Illegal: KNUST Researchers Report