Encourage Girls to be Interested in STEM Disciplines from an Early Age: Vice-Chancellor Charges Parents 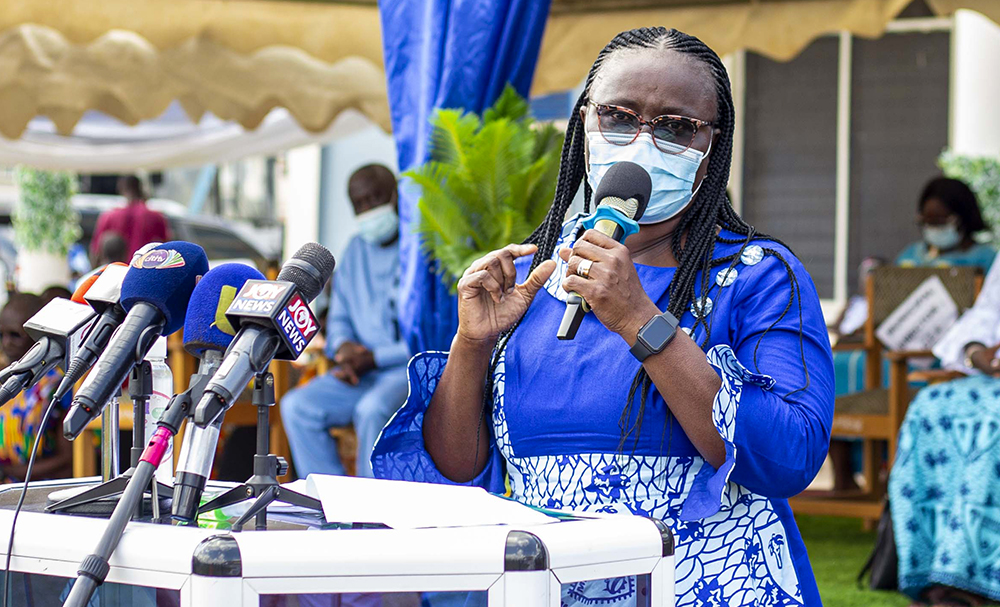 The Vice Chancellor of KNUST, Professor (Mrs.) Rita Akosua Dickson has charged parents to start building the interest of girls in Science and Technology related disciplines from infancy. She made this appeal when she delivered the Keynote address at St. Monica’s Senior High School’s 75th Speech and Prize Giving Day on the 13th of November 2021 at Asante Mampong in the Ashanti Region.

Professor Dickson said technological education of the female child is a catalyst to national development since women are effective propagators of knowledge and transfer of skills. Prof. Dickson expressed worry that most young women were lagging in the technological advancement space. “Women who are deemed primary educators of society both formal and informal are often found to be behind in the technological space”, she observed.

Prof. Dickson, speaking on the relevance of STEM education for women, noted that technology can help girls acquire vital abilities including problem-solving, inventive thinking, adaptability, self-management, creativity, critical analysis, teamwork, and digital literacy. She stated that modern technological trends were undoubtedly a key tool in improving lifestyles and having an impact on societies, and that equipping and preparing the youth, particularly women, with the necessary technological skills would equip and prepare them well to contribute to the country's development.

This would assist them in a variety of ways to have a beneficial impact on the family, society, and the country as a whole and called on teachers and educators to give priority attention to the training of women in science, technology engineering and mathematics to enable them to contribute meaningfully to national development.

In a brief history of the school, Ms. Esther Ntodwah, Headmistress of St. Monica’s Senior High School, noted that in 1926, Bishop Aglionby, the third Bishop of Accra, called every woman in the Anglican community to engage on the mission in the erstwhile Gold Coast. According to her, the Order of the Holy Paraclete (OHP) in Whitby, England, responded favourably and on 26th October 1926, the Rev. Prioress (head of the Order) and three other nuns arrived in Cape Coast and established St. Monica’s Basic School.

Bishop Anglionby thought the OHP should expand the girl’s education in the Ashanti Region, and therefore approached the then Asantehene, Otumfuo Nana Prempeh I, who asked the Mamponghene, Okokyereahene Bonsu I to offer a piece of land to the nuns to expand education. The Headmistress said the school was finally established in 1946 with some few girls, and now the school had a population of 2,806.

Ms. Ntodwah advised the students to use the digital space offered to them wisely, citing the irresponsible use of gadgets such as mobile phones as jeopardy to their future. She praised the students' discipline, the teaching and non-teaching staff's commitment to duty, the board members, old girls, and the Parent-Teacher Association for their significant contributions to the School's success.

Encourage Girls to be Interested in STEM Disciplines from an Early Age: Vice-Chancellor Charges Parents